Liz Truss has lifted the moratorium on fracking and has said new licenses will be up for grabs!

We are calling on Liz Truss and the government to u-turn on this now and ban fracking for good.

We are in the middle of an energy crisis, but FRACKING is not the answer.

It WON'T bring down UK energy bills because any gas would be on the international market at market prices and NOT allocated for UK use. It WON'T be a quick solution either - sites take years to develop and all developers so far, have failed to get the gas out. UK shale and UK geology is just not suitable.

Jim Watson, professor of energy policy at University College London, said: “There is huge uncertainty about the economic viability of fracking, and it may take a long time to produce relatively small amounts of gas.”

Stuart Haszeldine, professor of carbon capture and storage at the University of Edinburgh, said: “Fracking in the UK is a very high commercial risk, as the geology is wrong, and almost all of the oil or gas has leaked away millions of years ago. Analyses of the shales recovered while drilling for fracking in Lancashire showed the wrong type of shale and no oil or gas present.”

And there's even more that residents in areas with licenses for this industry are deeply concerned about like: will insurance be problematic as it is in shale gas areas of the US and has the value of our properties already dropped? Is the higher incidence of childhood lukemia going to be a statistic here too and what about the issues with maternal health that the Utah midwives exposed? Waste, there will be lots of it and with every waterway in the UK currently polluted with sewage – will it mix? Methane too, Cuadrilla released the equivalent of 142 transatlantic flights worth of the stuff straight into the air we breathe rather than burning it off. 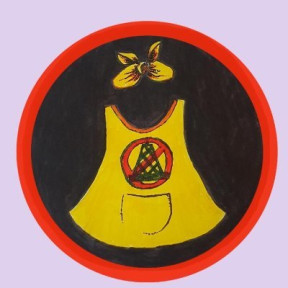 About UK Nanas Against Fracking

ActionStorm helps you create a deeper connection with the activists and causes you care about most. We are reinventing the online petition from the ground up.
Recent comments 1,145
Load more