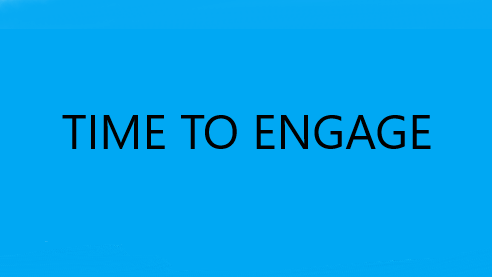 Dear Board of Governors,

We are writing, not in complaint, but with genuine concern that the current practices and direction of the BACP are increasingly to the exclusion of its members, counselling and psychotherapy, and therefore public benefit.

In particular, that the BACP is not responding in good faith to requests to engage in dialogue  when concerns are raised by some of its members and is using its position of power and privilege to silence member’s voices.

Furthermore, that the BACP is becoming primarily an organisation for political activism and that its current practices and direction are damaging the integrity, neutrality, and effectiveness of therapy.

We believe that the BACP is no longer in accordance with its Articles of Association, or the guidance provided by the Charity Commission which is a concern to its members.

The specific Articles of Association in question are:

“3. The Association is established:

ii. to inform and educate the public about the contribution that the counselling professions can make generally and particularly in meeting the needs of those whose participation and development in society is impaired by physical or psychological health needs or disability (the “Objects”).”

In relation to the above articles, our concerns are that the BACP has been moving away from demonstrated psychology, clinical theory, and clinical practice to focus on political activism, informed by identity politics and Critical Social Justice Theory (CSJT).

There is no rigorous scientific or clinical evidence to demonstrate that identity politics, or CSJT, when applied to counselling, has beneficial therapeutic outcomes for the client or by extension the community. Yet, these theories are being applied in training without having been proven to be effective.

The planned upcoming CPD event titled “Queering Therapy Spaces and Working with Gender Diverse Clients” scheduled for Thursday 17th February 2022, will be understood by many members as an example of a training event that is primarily political activism informed by identity politics and not, as is more normal for training courses, therapeutic practice informed by evidenced based clinical work. Of the three presenters only one has any training in therapeutic practice, one is a political activist and the other a barrister.

One idea put forward is that “Britain is currently facing a queer healthcare crisis comparable only to that of the AIDS epidemic.” (https://www.bacp.co.uk/media/13943/programme.pdf ) This politicised statement is made without evidence and without regard for the trauma suffered by people that were, and still are, directly and indirectly affected by the AIDS epidemic.

A further sentence refers to “the specific role Terfism plays at the heart of British media...” The reference to 'Terfism' is extremely offensive and objectionable and is widely recognised as a misogynist and sexist slur. BACP has indicated that it won't tolerate discrimination, prejudice, or bias of any kind. This includes, but is not limited to, racism, sexism, ableism, ageism, homophobia, transphobia, Islamophobia and anti-Semitism (See Social media guidelines, Social media community guidelines and the Ethical Framework). This CPD is badged as promoting understanding of the 'lived experience' of transgender people. However, the term 'terfism' is simply a trope from trans activist political ideology, which should have absolutely no place in the BACP's CPD or any professional discourse.

The specific sections of the Charities Commission Campaigning and Political Activity guidance in question are:

“A charity can campaign using emotive or controversial material, where this is lawful and justifiable in the context of the campaign. Such material must be factually accurate and have a legitimate evidence base.”

“Where a political activity or linked campaign does not have a realistic end date, it has the potential to be viewed as a political purpose and could call into question the propriety of the activity, or ultimately the charitable status of the charity.”

“The key point is that any claims made in support of a campaign should be well founded.”

CSJT does not have a legitimate evidence base that meets rigorous scientific and clinical standards, it is a theoretical position that does not use quantitative research to support its claims. Our concerns are that the BACP is acting upon material that is not factually accurate, well founded, or supported by evidence.

Furthermore, we are concerned that there is no realistic end date to the BACP’s political activism. This is because the BACP’s position is that the resolution to perceived problems of equality in British society is a long process that requires fundamental changes to all aspects of social structure. This is not the remit of counselling and psychotherapy, and counsellors are not trained to undertake this theoretical social transformation.

It is in reference to the above Articles of Association and Charities Commission guidance that we are requesting that the Board of Governors review the activities of the BACP.

The prevention of member engagement is something that we wish to help the BACP address by identifying how BACP members can challenge the ideas being put forward by the BACP whilst engaging in constructive dialogue. The goal being to expand membership engagement, to be heard and respected as members, and to establish common ground with the BACP.

This campaign is being run by Neil Barnes.

ActionStorm helps you create a deeper connection with the activists and causes you care about most. We are reinventing the online petition from the ground up.
Recent comments 556
Load more