Fed up with the dishonesty, trickery and abuse that has invaded political campaigning?

Candidates behave this way because they are allowed to. UK election laws haven't been seriously updated since before Facebook existed and democracy is paying the price.

Join us in calling for all candidates in May's elections to sign the Fair Play Pledge and commit to doing better.

Campaigning honestly and respectfully should be a given but we have seen repeatedly that this is not the case. With the rise of social media, it has become easier and easier to undermine elections. Enough is enough. It’s time candidates played fair and it’s time the governments in London, Cardiff and Edinburgh updated election laws for the digital age.

What is the Fair Play Pledge?

In the absence of any meaningful reform to election law in 20 years, we formed this coalition of concerned organisations to ask all parties and candidates in the Welsh, Scottish, mayoral and local elections to campaign in an open, democratic and respectful manner and be democracy advocates if elected into office.

By signing this pledge, parties and candidates commit to:

1. Campaign openly: To campaign honestly and transparently. To refrain from promoting or supporting              the promotion of online misinformation, disinformation, fakery or trickery. To acknowledge and correct                mistakes if they arise.

3. Campaign respectfully: To refrain from intimidating or abusing opponents or their supporters on online platforms and to call out your own supporters if they do so.

4. Respect privacy: To campaign in a manner that respects the privacy of voters and abides by data          protection law.

5. Champion defending and enhancing our democracy if elected: If successful, to use their influence as elected politicians to champion the strengthening and updating of UK democracy.

Recent years have seen the substance and tenor of political debate in this country and around the world become increasingly toxic. Democracy is like an ecosystem. Pollution from any single source damages the whole environment. Enough is enough.

The UK's electoral laws are robust in the analogue sphere but have not been updated to reflect the increasing digitisation of political campaigning. With the COVID-19 pandemic enhancing this process, 2021 is the right time for all candidates to say they will do things better.

Follow us for updates on the Fair Play Pledge campaign! @FairPledge 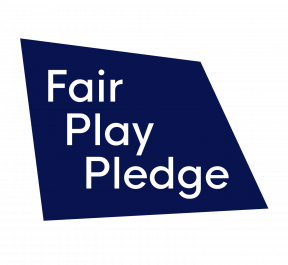 About The Fair Play Pledge Coalition

The Fair Play Pledge Coalition is a group of foundation-funded civil society organisations concerned about the threats posed to our elections and democratic processes.

ActionStorm helps you create a deeper connection with the activists and causes you care about most. We are reinventing the online petition from the ground up.
Recent comments 69
Load more