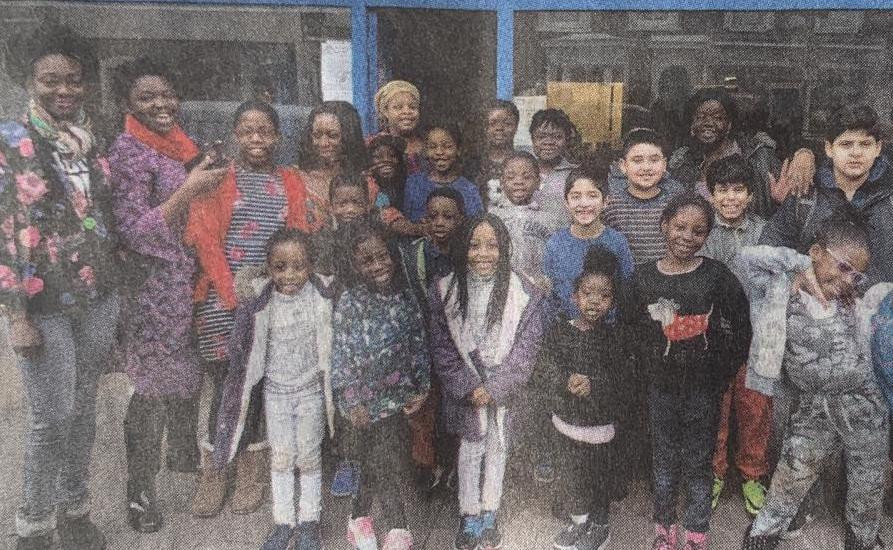 UPDATE. We have made the decision to remain onsite following our eviction from our community space on 29/08/2022.

We are taking a stand to raise our concerns as to the ongoing social cleansing of our community. This is reflected in housing policy, education, policing and countless other decisions that should be made with us and for us but are instead made without us. We are here because our community has not been consulted or included in the Tottenham Hale redevelopment plans and we are no longer willing to accept empty promises or compromise on the needs of our children and families. The council and developers have knowingly allowed us to become homeless without taking meaningful action to address this. We are tired of being pushed to the periphery where it comes to access to land and resources. We are tired of watching our children being made to feel like strangers in the area in which they were born or grew up in. We are tired of our children being criminalised simply because they exist and are not white or middle class. We are tired of being told we should move elsewhere when flats are being built for occupants who do not yet exist; who are not aware of our community’s struggle or its full beauty. We are tired of being pushed out of a future to which we have the right to belong. Which we have the right to determine.

We are asking for a permanent space in Tottenham Hale where children and families can think and coexist freely, critically and in an environment that is built first and foremost around love

We’re Homegrown in Tottenham. We run a free Saturday school, community kitchen, food hub, social space and advocacy service. We bring together kids, young people, their families, & everyone else in our community. We’re here to challenge our upcoming eviction by Notting Hill Genesis.
Our story began in Tottenham, 2015, when Rose Dakuo started the Language Fun Club, offering free language classes & activities and using food to bring young people together. She saw the lack of kid-friendly spaces in her neighbourhood and wanted to do something different.
The club opened up a space where kids could speak about their lives and discuss issues they were facing without fear of judgement. It also became a space for all the Language Club families to cook & eat together, talk, share knowledge and support each other.
Like Rose, most families attending the club were Black, & like her, many were refugees, asylum seekers, had NRPF, or were on a very low income. Social cleansing & threats of eviction impacted everyone in the club, so it came as a blow when the club itself faced eviction too.
Haringey Council's regeneration team evicted the club twice, in 2017 & 2019. Each time, we had to put energy into fighting for survival rather than planning for the future. The regen team claimed to be improving the community but didn't see the community we'd already built.
In 2019 Grow Tottenham offered us a space, and it became a home for us. Rose continued the Language Fun Club and also set up ‘Homegrown in Tottenham’ with several others. In late 2021, we decided to join both projects as one, and we’ve continued on this site ever since.
Our Saturday school is for all young people, whatever labels society gives them. They're free to learn without feeling monitored or judged. We invite students to think critically & use their voices. We believe extra tuition should not be limited to those who can afford it.
Food has always been a big part of how we build our community. We believe everyone should have access to food that reflects their cultures & should be able to choose what they take home. We also cook together and use our shared meals as a way to connect.
We know some safeguarding policies can put people at risk of more harm rather than preventing it, so our community members don’t always feel safe accessing support from mainstream services. We prioritise open communication and building trust as a way to keep each other safe.
Being an independent group can make it harder for us to access space & resources. Because we do things differently, we often find ourselves sidelined by and by developers. We listen to our community & put their needs first - we won't compromise on this.
That's why it's so important for us to stay in Tottenham Hale. Notting Hill Genesis originally said we could stay here till 2023. But in July 2022, they said we'd have to leave before we even finished our summer programme. They didn’t offer us any other space & haven’t contacted us.
We're due to be evicted on 29/08, and still don’t have anywhere to go. Each time we get evicted, we have to begin again. We’re asking and to find us a permanent home in Tottenham Hale. We refuse to be excluded from the future of our community.

This campaign is being run by SSS.

ActionStorm helps you create a deeper connection with the activists and causes you care about most. We are reinventing the online petition from the ground up.
Recent comments 252
Load more