The situation in Ukraine is desperate. More than half a million citizens have already fled Ukraine since the start of the invasion, according to UN figures. The "Temporary Visa Concessions" announced by the Home Office do not go far enough. We are calling on the UK Home Office to create safe and easy passage for Ukrainian refugees to seek asylum and settlement in the UK.

My husband and I would like to draw your attention to plight of a Ukrainian mother and her six children who had to flee Ukraine due to horrific actions of Russia.

They managed to get through the border at Poland and have made their way to Calais to seek refugee status in the UK. They were told to apply to the British Embassy in Brussels to see what assistance can be provided, only to be told that the embassy could not help.  While the situation of allowing desperate and frightened Ukrainians into the UK is ever changing, they are currently in a cramped in a minivan, being driven by a Belarusian friend of the family, assisting whenever he can.

Let’s be frank – these people are scared. More scared than you can ever imagine. Their whole way of life has been ripped from them. Their right to live in peace. The right for their children to be educated. Their right to eat! There is no prospect of them going home. Having my own child can be a stressful situation when something goes wrong, but it is impossible to imagine what the mother must be going through. To flee your own country from an invasion of murderers. The mother’s husband is still in Ukraine fighting for their way of life, while she is endeavouring to keep her six children safe. Assuring them that it will be all okay, life will return to normal, when deep down she has no idea how she is going to keep them safe.

I am sure that there are numerous stories of the same nature, but their situation seems graver than others. She desperately needs help and assistance which my husband and I are willing to give, but she cannot gain entry to the UK. This needs to change, and it needs to change rapidly. The UK government need to do more to help Ukrainians in a refugee status bearing in mind the atrocities currently being committed in their own country.

What is more galling is that several London based Russian/Ukrainian oligarchs have recently stated they are against the invasion of Ukraine by Russia, but do not appear to do anything but give their verbal support to Ukraine. If they truly mean what they say, I mean genuinely from the heart, It will not take much effort on their part to say, buy a whole apartment block in London, or anywhere in the UK, to allow any Ukrainian refugees a safe environment. To give these helpless people some comfort that there in compassion and understanding in the UK. To give them a right to live in peace while the husbands of these families fight for their to right for freedom at all costs.

I urge the UK Government to do more. I implore all London based Russian/Ukrainian oligarchs to do more than just words. If they do not act now, the humanitarian crisis will be the worst than it has ever been before. Worse than World War two.

We must do everything we can to help Ukrainian refugees fleeing the Russian invasion. 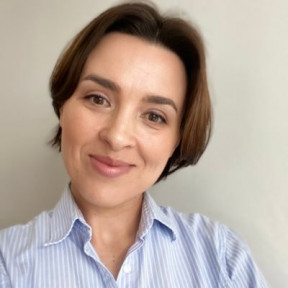 This petition is being run by Jenny Klochko

ActionStorm helps you create a deeper connection with the activists and causes you care about most. We are reinventing the online petition from the ground up.
Recent comments 396
Load more