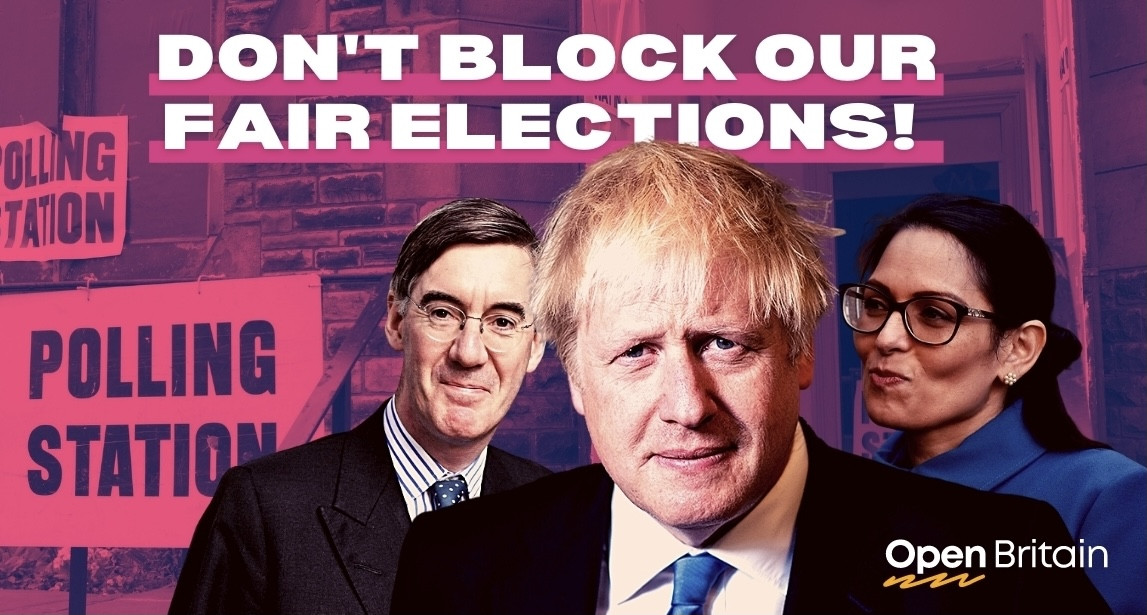 Last week, we witnessed a catastrophic assault on British democracy. In a single day, Boris Johnson’s government forced through two regressive and authoritarian bills, both aimed at entrenching his power and silencing the opposition: the Policing Bill and the Elections Bill.

Boris is taking away our rights directly under our noses. We can’t afford to sit by and watch.

If you agree that it’s time to #StopTheRot, come and make your voice heard at our protest rally outside Downing Street between 2pm and 4pm on Sunday 15 May ( www.stoptherot.uk ) Speakers will set out the truth about this government’s record on Brexit, the Covid pandemic, the cost-of-living crisis, upholding our democratic rights, and more, and explain why the first step to getting our country back on track is getting this crooked Prime Minister out of Number 10.

It is not going to be easy, we need your help, please donate if you can to help us make the StopTheRot Rally at Downing Street as big as possible. www.crowdfunder.co.uk/p/stoptherot

In its Elections Bill the government is attempting to reverse course on the few elections in which a fair, proportional voting system is used, and replace it with the outdated first past the post.

We call on the government to retain proportional representation for Mayoral and PCC elections. We note the fact that fairer voting systems are across plenty of other elections in the UK, including those of party leaders, and that attempts to harmonise our various electoral systems should be done using a fairer, more proportional voting system.

This is despite the fact that the Conservative party itself does not trust FPTP for its own leadership elections. In fact, pretty much every political appointment, from the Speaker of the House to the Conservative Party leader uses a voting system that ensures that the final winner has the backing of the majority of voters.

Their reason for doing so is patronising at best, and downright dishonest at worst. The Local Governments minister has claimed that the supplementary vote system ‘confuses the public’, but the only thing that is confusing is why his party chooses to impose a voting system on the public that they would not dare risk using themselves to select their own leader.

"If you can’t win a game you move the goalposts, and that’s what the Government has done"

Either this government does not think the voting public is as smart as its own members, or they don't trust us to vote in a way that suits them.

We demand that the Government remove the attempts to sneak the outdated FPTP system in their Elections Bill, and instead explore the best way of ensuring that every election in the UK delivers a fair and proportional outcome.

ActionStorm helps you create a deeper connection with the activists and causes you care about most. We are reinventing the online petition from the ground up.
Recent comments 8,914
Load more