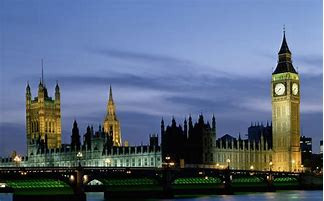 A group of Tory MPs recently secured a vote in the House of Commons to effectively demolish UK Parliamentary Standards, after the Standards Committee had found that a Tory MP had gravely breached those Standards. This was a very clear demonstration of corruption, right at the heart of the UK Government.

The fact that any UK government could act in this corrupt way demonstrates that political change is now urgently needed.

The suggestion is that over time we set up and organise a new political party , the Recall Party , whose first political aim will be to measure with reasonable accuracy how much support there is right now in the UK for the removal of all Tory MPs from Office, given the level of government corruption in the current government - which has now been exposed. Subsequent aims will be to change the electoral system from "first past the post" to proportional representation , and also to change the Parliamentary system so that would-be MPs  and elected MPs will be required by law to be honest in their pre-election statements, as well as in their statements to Parliament after election. This last step should ensure that  demonstrably false and absurd promises - such as those made by anti-EU  MPs to secure the vote in 2016 for the UK to leave the EU - simply cannot be used in the future.

If there is sufficient support for this radical new development in UK politics, the next steps will be to create a national campign and raise sufficient resources to organise Informal Recall Petitions in the 360 Constituencies held by Tory MPs.  The results of these Informal Recall Petitions will be made available to the public and all media organisations,  so as to inform ongoing  political debate on how to deal with a corrupt UK government.

This campaign is being run by Joshua Silver.

ActionStorm helps you create a deeper connection with the activists and causes you care about most. We are reinventing the online petition from the ground up.
Recent comments 438
Load more