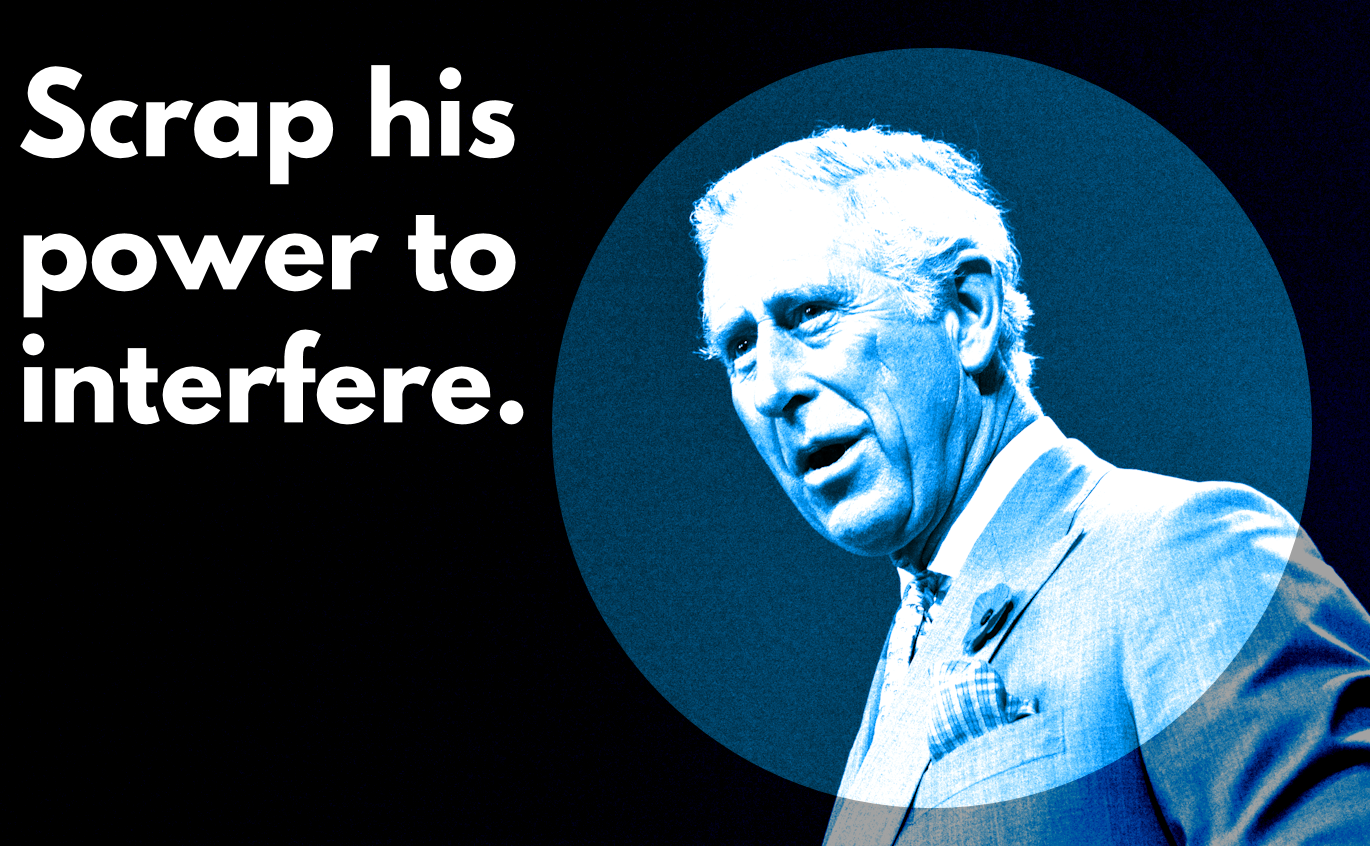 Prince Charles and the Queen have the power to insist new laws are tailored to suit their private needs. This has got to stop.

New reports in The Guardian on the 28th June, show Prince Charles put pressure on the Major government in 1993 to change new leasehold legislation, effectively preventing his tenants from buying their homes, denying them the same rights as everyone else in the country.

Letters published reveal that this is one of at least four occasions the Windsor family have used the ‘Queen’s consent’ procedure to vet acts that have changed leasehold laws since the 1960s. And this is only one area of legislation where Royal interference has been uncovered.

More recently, it was revealed that the Queen lobbied the Scottish government to exempt her estates from important environmental protection legislation.

These are separate from measures she took to change legislation to prevent the disclosure of her public wealth. The Queen has also successfully lobbied for an exemption from workplace race discrimination laws.

This procedure, in which the Queen and Prince Charles are asked to give their consent to laws before they are passed, is referred to as ‘Queen’s Consent’.

The ‘Queen’s Consent’ has been used for more than 1000 laws that have been passed - and so far, we have only just scratched the surface in understanding how and when the Royal family have been involved in lobbying UK governments to change legislation to benefit their estates and wealth.

If you believe this secretive royal interference is an outrage to our democratic values, please sign our petition and together, we will send a message - this must stop.

Republic is a membership-based pressure group campaigning for the abolition of the monarchy and its replacement with a directly elected head of state.

ActionStorm helps you create a deeper connection with the activists and causes you care about most. We are reinventing the online petition from the ground up.
Recent comments 2,220
Load more