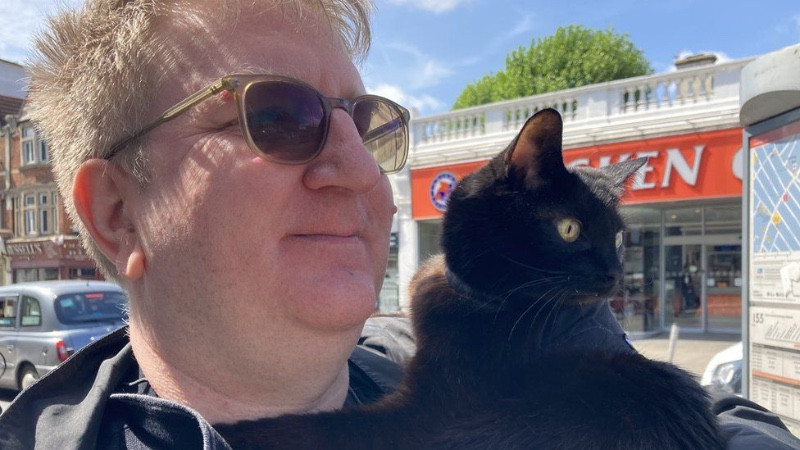 In March 2022, a security officer working for Sainsbury's Supermarkets told me to leave their Clapham Common store because I was accompanied by my assistance cat Chloe. This happened even though @sainsburys on Twitter said, before my visit, that I shouldn't have a problem.

I am autistic, and Chloe supports me. She is trained to be in public, receives monthly health checks, and is treated to prevent human allergies. She is absolutely no bother to anyone else.

Chloe has accompanied me to over 200 public venues, including museums, galleries, restaurants, and shops. She was the first assistance cat to travel to France and back on Eurostar.

Sainsbury's is the only supermarket to prevent me from doing what everybody else can do - shop.

Following the incident, Sainsbury's said that cats are banned from their supermarkets, and they are unwilling to make a reasonable adjustment for Chloe and me, despite her role and training. Every reason they gave for this applies to dogs, including assistance dogs, too, but they allow the latter in their stores. Their decision is nonsensical, particularly given that they have previously supported people with emotional support cats (which don't have special training) to shop in their stores.

The Sainsbury's ban is problematic because they are my local supermarket. To find a comparable supermarket, I have to take public transport. All I want to do is to go to a hospital appointment (where Chloe is welcomed) and then stop off at Sainsbury's on the way home. Shopping shouldn't need to be a major expedition.

I am now reluctantly taking Sainsbury's to court for disability discrimination. The announcement of this was met overwhelmingly with support from members of the public. I hope this petition will further demonstrate that.

This campaign is being run by Ian Fenn.

ActionStorm helps you create a deeper connection with the activists and causes you care about most. We are reinventing the online petition from the ground up.
Recent comments 151
Load more